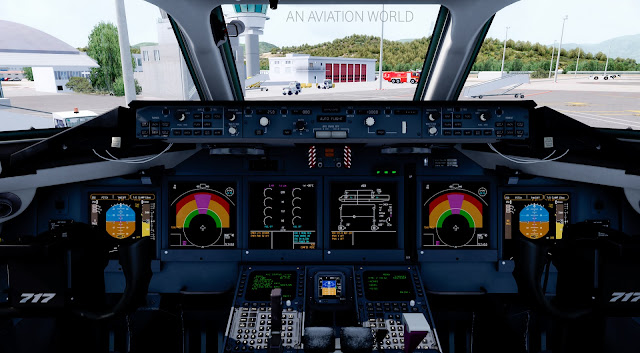 On the night of December 22nd, the TFDi Design 717 was released to the public for a price of 59,99 dollars.
Many people were excited for the release, but did it hold up to their expectations? Let's find out.

Note that a single license is valid for FSX, FSX:SE and P3D.

The addon manager lets you do quite a lot more things that installing the 717.

First of all, when TFDi release an update for the 717, the Addon Manager will download and install it automatically. You'll only need to open the manager for this to happen.

It also includes a load manager that sends your selected payload in real time to the simulator.
If you click the "Customize" button, you'll be able to change the engine rating from 18,500lbf to 21,000, turn on Autorudder or Hardware Rendering...

TFDi also included a feature called "persistence mode". If enabled, the 717's panel state upon exiting the flight simulator or switching to another aircraft will be saved. The next time you load the 717 you'll find every switch in the position you left it.

TFDi included some documents that show how each button works. They also included a 27 page PDF that gives information in how to operate the 717 during the different stages of a flight.

You can find these documents by clicking "documentation" in the addon manager.

Even though you'll be in the cockpit most of the time, the external model still plays a mayor role in any flight simulation add-on.

TFDi managed to get their 717 to look just right. It's beautiful! Even the default livery looks amazing. 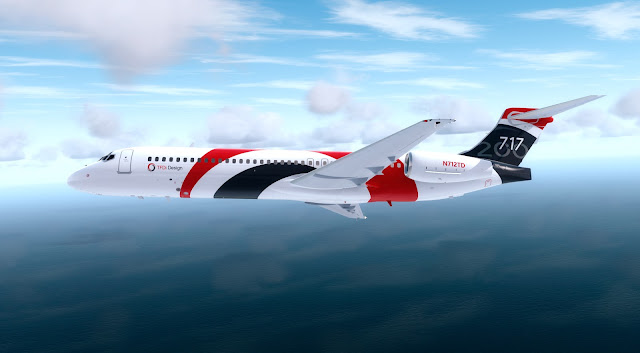 Sadly, the paint kit hasn't been made available yet, but TFDi are working hard to release it as soon as possible.
For now, the only available liveries are those of Delta, Qantas Link, Germanwings, Hawaiian and Volotea. 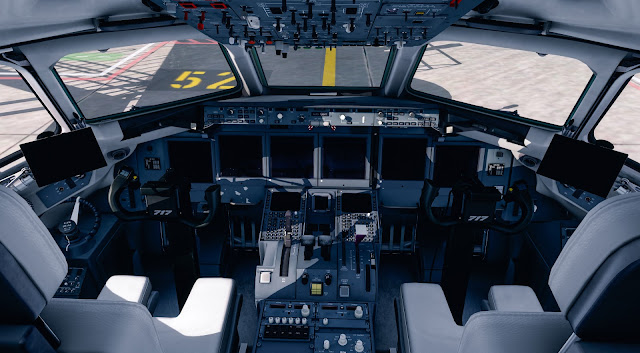 Upon entering the cockpit you'll find another beautifully crafted model. Every little detail is there, and all the displays are easily readable from virtually any position.


The systems in this aircraft are good. At first, there were really big bugs with the MCDU (there was no T/D shown and the aircraft ignored some waypoints), but it all was corrected in the latest public update.

One of my favourite features of this addon are the tablets.
A lot of airlines have implemented these devices to replace flight bags, and TFDi decided to do the same.
Even though they don't exactly work like an EFB, the tablets included in this addon are still very useful.
From them you can open the doors, connect to ground power, put the wheel chocks on, and change the panel state of the airplane.
You also have several multicrew connection options.

But the thing that pops out the most (at least to me), is the ability to load images straight from your PC. This is useful for reading charts or checklists.

The cockpit layout itself is very similar to the MD-11, with 6 displays running along the whole length of the flight deck.
The MCP is also similar to the one found in the MD-11, and will take some time to get used to if you haven't flown a McDonnell Douglas aircraft before.

The only issue I noted in the VC is related to night lightning. As you can see in the screenshot below, the flood lights appear to have some kind of banding. It's nothing too serious, but it's still noticeable. 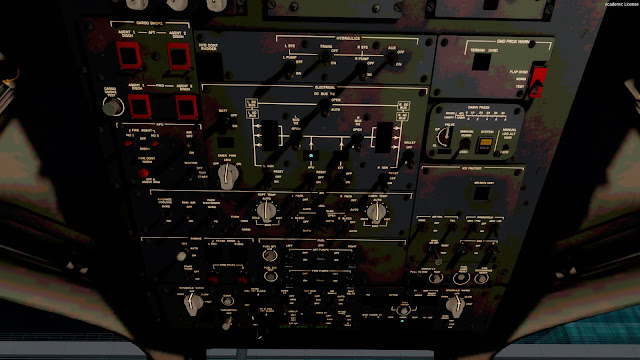 As mentioned a few paragraphs above, the TFDi 717 supports shared cockpit flights.
I was able to test this with a friend of mine, and although it took some time to get everything set up correctly, it worked decently enough. Every click of a button, even just a slight tap to the yoke, will be displayed in the other person's cockpit.


Here's a guide that will help you get this feature working.

A flight simulator addon can look really good, but it all means nothing if it's impossible to achieve a smooth simulation. So, how are the FPS in the 717?

First of all, I used version 1.0.8.0 of the 717 for this review.
When I first tried the airplane I had really serious issues with performance (namely stutters). I contacted TFDi's support, they were very helpful and after a few patchs I managed to get everything working properly. The average FPS I get are 25-30.
If I use hardware rendering I can squeeze a few more frames, but at the cost of sacrificing SGSS, which to me isn't worth it.
Even so, I'd recommend using this feature for low/mid range PC's.


VAS usage is good enough in Prepar3D v3. I never got an OOM with this airplane, even at highly detailed airports with traffic.

Even though it still has some minor bugs, the TFDi 717 is an excellent aircraft add-on.
It provides a nice challenge (it's really different to any Airbus or Boeing), it flies really well, and it also looks good.
It's also one of the first airliners to be compatible with Prepar3D v4.

I'd recommend it to anyone that enjoys flying short routes, specially in Europe, America and Hawaii, as you can recreate real world flights.

*Special thanks to TFDi Designs for providing me with copy of the addon for review.
Reviews 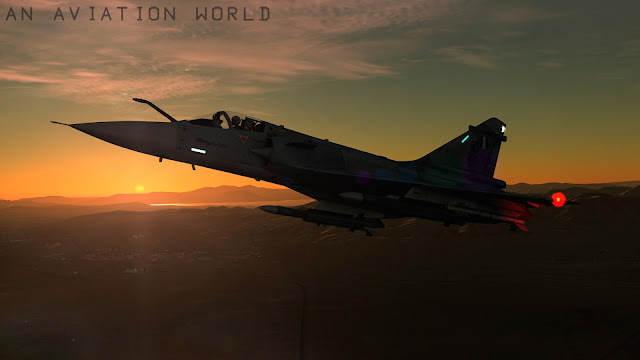 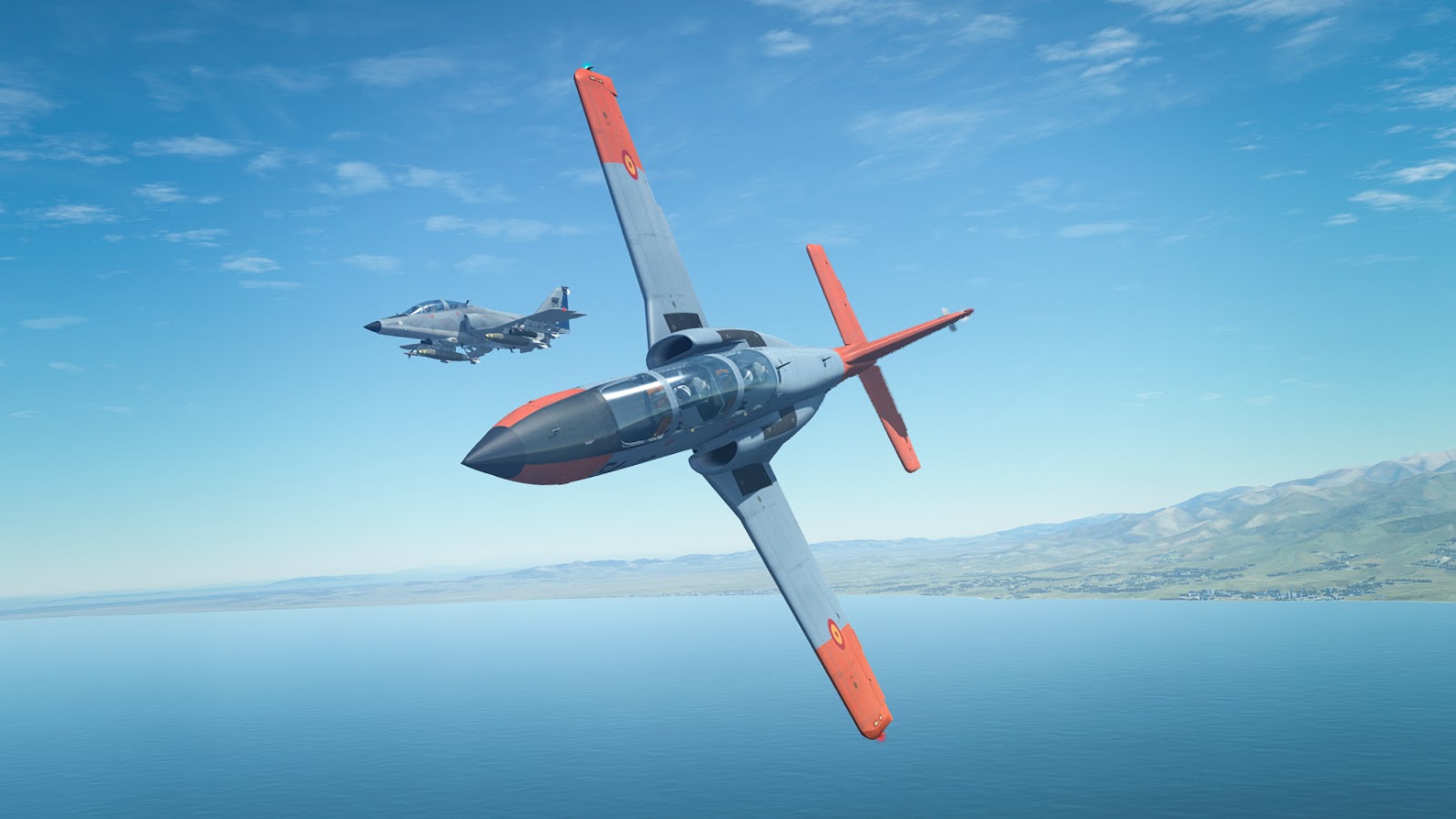